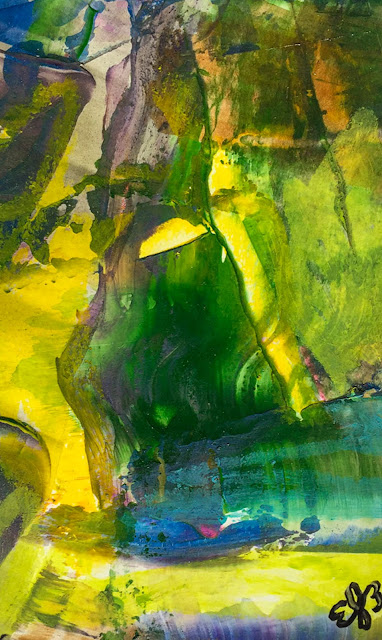 The best description of the ‘organizing’ behind the synod of the Amazon is an article Pan-Amazon Ecclesial Network at center of synod preparations. https://www.ncronline.org/news/environment/pan-amazon-ecclesial-network-center-synod-preparations

The origins of the synod of the Amazon lie in the Fifth General Conference of the Bishops of Latin America and the Caribbean (CELAM) in Aparecida, Brazel (2007). Cardinal Bergoglio was the lead writer of its document which spoke of deep concern for traditional communities, and the wealth of biodiversity in places like the Amazon.  Brazilian Cardinal Hummes sat next to Bergoglio in the conclave. As the decisive vote came in he said to Bergoglio “remember the poor” inspiring him to take the name Francis. Cardinal Hummes is the chief person guiding the documents  of Synod on the Amazon.

Within a month of the election of Francis (2013) a meeting of bishops, religious, indigenous leaders and Catholic development agencies in Ecuador considered creating a pan-Amazon congregation.  Francis promptly congratulated them on the network!

REPAM, consisting of Catholic organizations in the nine countries of the Amazon, officially began in 2014. When Francis encyclical Laudato Si wand published in 2015 they took its model of integral ecology, emphasizing the intertwining of ecology , social, and economic changes as their model.  They began assisting the Vatican in developing similar networks in the Congo Basin, Central America, Europe and Asia.

When Francis announced the Synod of the Amazon in October 2017, Cardinal Baldisseri the secretary general for the synods, asked REPAM to collaborate in the preparation process.  They invited him to join Francis at Puerto Maldonado for his visit to the Amazon region.

Beginning in 2018, REPAM  conducted 260 listening sessions, 65 territorial assembles of 80 to 200 people. They estimate 87,000 people participated, including 90% of the bishops, at least 140 indigenous nationalities, about 44% of the various tribal entities in the Amazon.

Roman collaborators came to listen. They were surprised and refreshed by their honesty.  “They talked, particularly the women. That was a surprise. Very, very powerful statements from women.”

Like in the USA women make the church work on the local level.  However unlike the USA they have very few clergy.

“it is a communitarian understanding of ministry<’ said one theologian. “It is not about an individual that feels a vocation towards a community. It’s the opposite; a community that has need and decides among the community, what people might serve those need.”
Back in the Vatican, the head of the Congregation of Bishops expressed his doubts about ordaining native married men when these tribes don’t even have catechists


An excellent short article on the complexity of the conversations that take place with regard to the Amazon region. Synod for the Amazon New paths for the whole world

We are not conversing with pristine native cultures but rather with complex cultural adaptations to centuries of colonization, industrialization, and now the global culture.

Ecclesial structures and authorities are not neutral and external above the socio-economic history.  Rather they are a part of the colonization, industrialization, and the global culture.  Hence the necessity of conversion.

Some quotes form the Working Document of the Synod:

the rural peoples of the Amazonia use the resources of the floodplains, against the backdrop of the cyclical movement of their rivers – flooding, reflux, and the dry season – in a relationship of respect that grows out of knowing that “life steers the river” and that “the river steers life”.

On the other hand, the cities of the Amazon Basin have grown quite rapidly, and have integrated many migrants forcibly displaced from their lands, resulting in the expansion of large urban centers ever-deeper into the rainforest. Most of these migrants are indigenous peoples of Afro-descent hailing from river lands, who have been expelled by illegal and legal mining and by the oil extraction industry

In recent years, indigenous peoples have begun to write down their own history and to document more formally their own cultures, customs, traditions, and knowledge. They have written about the teachings received from their elders, parents, and grandparents, which are both personal and collective memories. Today, indigenous identity is not only derived from ethnicity. It also refers to the ability to maintain that identity without isolating oneself from the surrounding societies with which one interacts.

It is frightening that still today – 500 years after external conquest, following more or less 400 years of organized mission and evangelization, and 200 years after the independence of Pan-Amazonian countries – similar vicious cycles continue to hold sway over the territory and its inhabitants, who today are victims of a ferocious neocolonialism, carried out “under the auspices of progress”.

We are called as a Church to strengthen the leading roles of the peoples themselves. We should refine an intercultural spirituality to help us interact with the diversity of peoples and their traditions. We must join forces to take care of our Common Home.

This requires a spirituality of communion between native missionaries and those who come from outside, in order to discover together how to accompany people: listening to their stories; participating in their life projects; sharing their spirituality; and shouldering their struggles. This is spirituality after the fashion of Jesus: simple, human, in dialogue, and Samaritan, allowing us to celebrate life, Liturgy, the Eucharist, and festivals, always in respect for the rhythms proper to each people.

Enlivening a Church with an Amazonian face requires missionaries to possess the ability to discover the seeds and fruits of the Word already present in a people’s worldview. This requires a stable presence and knowledge of the native language, culture, and spiritual background. Only in this way will the Church make Christ's life present in these peoples.

Can the Chinampas Survive?

The situation in Mexico City has many parallels to the Amazon.

A unique ecology: It contains 2% of the world’s and 11% of Mexico’s biodiversity, absorbs huge amounts of carbon. If they disappear it is estimated that Mexico City temperature would rise by 4 degrees Fahrenheit.

An ancient ecological system: The chinamperia  is an ancient agricultural system of man-made islands, chinampas. They were built in the shallow lakes of the Basin of Mexico. Some of these were in use five thousand years ago. The ones that are still farmed are between twelve hundred and two thousand years old.

An traditional culture with ancient practices: The farmers use agricultural techniques that are as old as the islands.  The land is so fertile that there are four to five crops a years.  Farmers are farming the same land as their fathers, and grandfathers even though they are barely above subsistence.

Contemporary changes: However  the demand for water by the expanding population has lower the water table.  Many of the canals that connect the islands have dried up.  Large parts of the metropolis are sinking because the Mexico City Aquiver has been emptied; this likely made the devastating earthquake of September 2017 worst.  While theoretically the situation could be reversed it is very unlikely politically.

An excellent framework for understanding the Synod, some key points.

1. The Synod of Bishops, an outsize component of the first American Pope's concerted effort to reboot both the concept of papal governance and, with it, the tone and shape of the post-Conciliar church.

2. – the inculturation of the Gospel has been at the heart of Jorge Mario Bergoglio's re-imagining of the church in the modern world.

Francis is aiming to finish the job which Vatican II and Pope Paul began of opening the liturgy to vernacular languages and customs, taking for his "test pilot" a region he's already familiar with: whose top clerics and enduring realities he's long known from his years in CELAM, Latin America's regional mega-conference of bishops (itself a model facilitator for what Bergoglio's..

The Brazilian Cardinal Claudio Hummes – the "good friend" who inspired Francis' historic choice of name, and this gathering's linchpin figure from its inception – told the Vatican-approved Jesuit journal Civiltà Cattolica in June that "one act of inculturation [i.e. of Europe] does not suffice" for a global communion, explaining how the priority of "a truly indigenous church" (as opposed to a "church for the indigenous") presupposes that "there is no need to have a synod just to say what has already been said. Synods serve to identify new paths when the need is perceived.


Sights and Sounds Is it time to switch the preposition in Synod of Bishops?

John Allen points out that there has been an evolution in the Synod of Bishops.  While it began as an opportunity for bishops to share their experience with the Pope and Curia, not it have evolved so that it is really priests, religious and laity, and even non-Catholics sharing their experience with the Pope, Curia, and bishops. Almost half of the participants are not bishops. And the non-bishops are increasing the focus of attention because they are providing the expertise and the experience for the discussion among the bishops. Of course the bishops are almost the only ones who get to vote on the final document.

The votes of the bishops are only consultative;  they are advice to the Pope which he is not  bound to follow.  The obvious question is why not have the rest of the participants vote, too