THE GREEN POPE & THE ENVIRONMENT 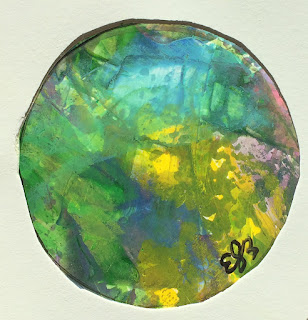 The Green Pope
WHY CALL IT PROGRESS?
Francis’s radical critique of the way we live now
Austen Ivereigh
Discussion Outline
Is the teaching of Francis best described as being in continuity with John Paul II and Benedict (i.e. saying the same thing) or as a development of their teaching (building upon their foundation to reach new conclusions)/

Is Francis being critical of the political right for advocating total economic freedom, unrestrained consumption, the right to carry guns, and the death penalty, and of the left for advocating birth control, abortion, same sex marriage, and gender modification? Are both the left and the right destroying our ecology in the name of progress?
What is an integral ecology? Some definitions of integral: “necessary to make a whole complete; fundamental; essential to completeness; composed of constituent parts; lacking nothing essential: entire”
In the natural world, the family, or social and political spaces, integral ecology offers a standard with which to judge the misuse of human autonomy and power.
Jesus appeared to St. Francis to ask him to repair His church. Pope Francis is asking humanity to repair God’s world.
The influence of Guardini,"the prophet of postmodernity.” on Francis: The rapid development of technology accelerated by globalization had brought humanity to a fork in the road of history.
Are the bonds holding people together in families, institutions, and nations being dissolved? Is humanity increasingly destabilized and dominated by the forces of technology and finance?
Francis and Guardini: not technology but on the mindset of power that flourishes in a technocratic age is the problem.The great man (or woman) needed for our time, Guardini concluded, would be able to grasp Christianity’s inmost secret: humility. Hasn't the desire for wealth, status and power always been the problem?
“Integral humanism” in the 1940s offered a postwar Catholic vision of a European democracy open to Godin contrast to the prevailing liberal individualism and socialist collectivism,  Francis’s “integral ecology” offers a vision of social and economic organization as an alternative to the dominant technocracy. It is integral because it respects the organic links of existence.
It is no longer possible to find a specific, discrete answer for each part of the problem, rather comprehensive solutions that consider the interactions within natural systems themselves and with social systems are needed. We are faced not with two separate crises, one environmental and the other social, but rather with one complex crisis that is both social and environmental.
Government should  no longer be reduced to an ineffectual referee overseeing a Darwinian struggle of rivals. Rather is means, for example, protecting the value and vocation of work by containing the power of corporations and creating jobs through small-scale businesses and producers; fostering the values and identity of peoples and cultures and their ancestral lands; bolstering urban spaces where communities can flourish; as well as ensuring decent housing, good public transport, clean air, and the integration of rundown urban areas.
Government needs the principle of “subsidiarity”—namely, that governance should be at a level appropriate to the task. Usually this was a call for higher authorities to devolve down, but it could equally signal the need for new oversight bodies.
The Vatican has long maintained that only global rules implemented by transnational authorities were capable of meeting border-blind challenges, police drug trafficking, tax evasion, and terrorism, and coordinate policies of common human concern such as migration and the environment.
Laudato si’ was the first papal document to be released with a view to influencing a specific political event: the weeklong meeting in early December 2015 of 190 world leaders in Paris.
Francis repeated his now-or-never, do-or-die message in one-on-one meetings with world leaders over the following months, as well as in a series of high-profile speeches on his trips.
Al Gore: the encyclical crucial in leading the world to addressing the climate crisis. Lord Nicholas Stern, the World Bank economist: “quite extraordinary in changing the weight of the argument.”

Jeffrey Sachs was stunned by how many country delegations mentioned the encyclical in Paris.
Laudato si’ : the most widely read papal document in history. Four years after its publication it remains the most quoted encyclical ever.
According to Sachs, “it’s a papal encyclical, but it’s also a document you can teach in a sciences graduate course, in a public-policy course, in a theology course, in a moral philosophy course, in a diplomacy course—and every one would meet the standards of rigor. It is a most remarkable document, and an essential document for our time.”


NO TIME TO WAST


Is climate change, the most important and neglected moral crisis of the twenty-first century?


Some of the data

Climate change is already killing an estimated four hundred thousand people each year. If we add the pollution caused by burning fossil fuels, that number rises to almost 5 million.

Climate change by end of century could cause economic disruption greater than the two world wars and the Great Depression combined.

The concentration of carbon dioxide in the atmosphere has surpassed 400 parts per million. these levels were last reached 3 million years ago, when sea levels were at about six meters higher and the global mean temperature was 7 degrees Celsius warmer than today .

In December 2015, world leaders finally pledged to reduce greenhouse gases as soon as possible and to move toward zero carbon emissions in the second half of the century. This is an ambitious goal, but it’s what’s needed to keep the planet from warming more than 2 degrees Celsius. The Paris Agreement—signed by 196 countries—is the most important international agreement in seventy years.

Why is climate change denialism and resistance to climate action so prevalent in the United States?

The more specific American resistance comes from a particular trifecta of ideology, theology, and money.

2) American exceptionalism—the idea that God has bestowed his special favor on the United States and its people, promising material prosperity and blessing the unlimited exploitation of bountiful natural resources.

3)The avalanche of financial opposition. The math is clear: limiting the global-temperature increase to 2 degrees Celsius means that 80 percent of available oil, coal, and gas reserves simply cannot be used. This amounts to $20 trillion dollars in assets the energy companies will not part with willingly.

the Public Religion Research Institute (PRRI) ound that 73 percent of Hispanic Catholics in the United States are “very” or “somewhat” concerned about climate change, higher than any other religious/ethic group in the study’s breakdown.
Just 41 percent of white Catholics report climate change concern, lower than every religious group but Evangelical Christians.
Perceived vulnerability to the impact of climate change may explain the level of concern expressed by Latinos. Close to half (43 percent) of Hispanic Catholics—higher than any other religious group—told PRRI they expect to experience personal, substantial harm from climate change.
Only 13 percent of white Catholics said the same. “Many Latinos work in construction jobs and agriculture, where air quality and heat are really big factors
In another poll, 83 percent of American Latinos told the National Resources Defense Council (NRDC) they believe climate change is hurting low-income communities in Latin America.
This climate concern translates into desire for action: 90 percent of Latinos told the NRDC the government should take action against climate change.
And in another study, conducted by The New York Times  Hispanics showed higher levels of support for climate change action—such as greenhouse gas taxes or U.S.-funded initiatives in poorer countries—than non-Hispanics
Latino Catholics are also more likely than any other religious group to say their congregation sponsors climate changer elated activities, and that their clergy discuss the issue (white Catholics, unsurprisingly, hear the least about climate change in the pews).
“If we really look at environmentalism as a value—and I think this is where religion really comes in—if you look at the fact that protecting our surroundings will determine a lot of how our childre will live, then you can really start to understand why this is such an important issue for the Latino community.
“It’s not a political issue for Latinos. It’s a values issue.”

EMBRACING OUR LIMITS
The Lessons of Laudato Sí


Perhaps the first thing that needs to be said about Pope Francis’s encyclical on the environment is that it is an entirely natural development not only of the theology of Evangelii gaudium but also—as the extensive citations show—of the theology of Pope Benedict, especially as found in Caritas in veritate
Both the pope’s critics and his supporters have often missed the point: Benedict’s Christian humanism, his consistent theology of the dignity of the human person, his concern for a culture in which there is no longer a viable understanding of any given order independent of human will—all this is reiterated with force and clarity by Pope Francis.
This encyclical is emphatically not charting a new course in papal theology, and those who speak as if this were the case have not been reading either pope with attention.
Measureless acquisition, consumption, or economic growth in a finite environment is a literally nonsensical idea; yet the imperative of growth remains unassailable, as though we did not really inhabit a material world.
The plain thereness of the physical world we inhabit tells us from our first emergence into consciousness that our will is not the foundation of everything—and so its proper working is essentially about creative adjustment to an agenda set not by our fantasy but by the qualities and complexities of what we encounter.
The material world tells us that to be human is to be in dialogue with what is other: what is physically other, what is humanly other in the solid three-dimensionality of other persons, ultimately what is divinely other.
What the pope actually says on this subject is grounded, entirely justifiably, in two things—first, a massive professional consensus on the rate of climate modification; and second, the direct experience of those living in the world’s most vulnerable environments, who will bear witness to the measurable effect of desertification or rising sea levels.
In such a situation, if it is rationally arguable (as it unquestionably is) that certain modifications in human behavior can alter the situation, even marginally, for the better, and if it is theologically arguable (as it unquestionably is) that our habits of consumption reveal a spiritually disastrous condition,
So it is no surprise that the argument returns more than once to the question of how local cultures are to be heard, respected, and given real agency
how we escape from the assumption that the discourse of the “developed” world is  the only unchallengeable orthodoxy around the globe today
In short, this is more than an encyclical on the environment:  it has clear and provocative things to say about our environmental responsibility and our current cultural malaise in this regard,
but, by grounding its environmental critique in a critique of the soul of the contemporary developed world, it presents a genuinely theological vision with implications in several distinct areas
If we can lift our heads from the trenches of contemporary media-driven controversy, what we are being offered in this encyclical is, in the very fullest sense, a theology of liberation, drawing our minds and hearts toward a converted culture that is neither what T. S. Eliot called “ringing the bell backwards,” pining for a lost social order and a lost form or style of authority, nor a religiously inflected liberalism, but a genuinely ecclesial vision.
The pope’s cultural revolution is about restored relationship with the creation we belong with and the creator who made  us to share his bliss in communion; it is about the unbreakable links between contemplation, Eucharist, justice, and social transformation.